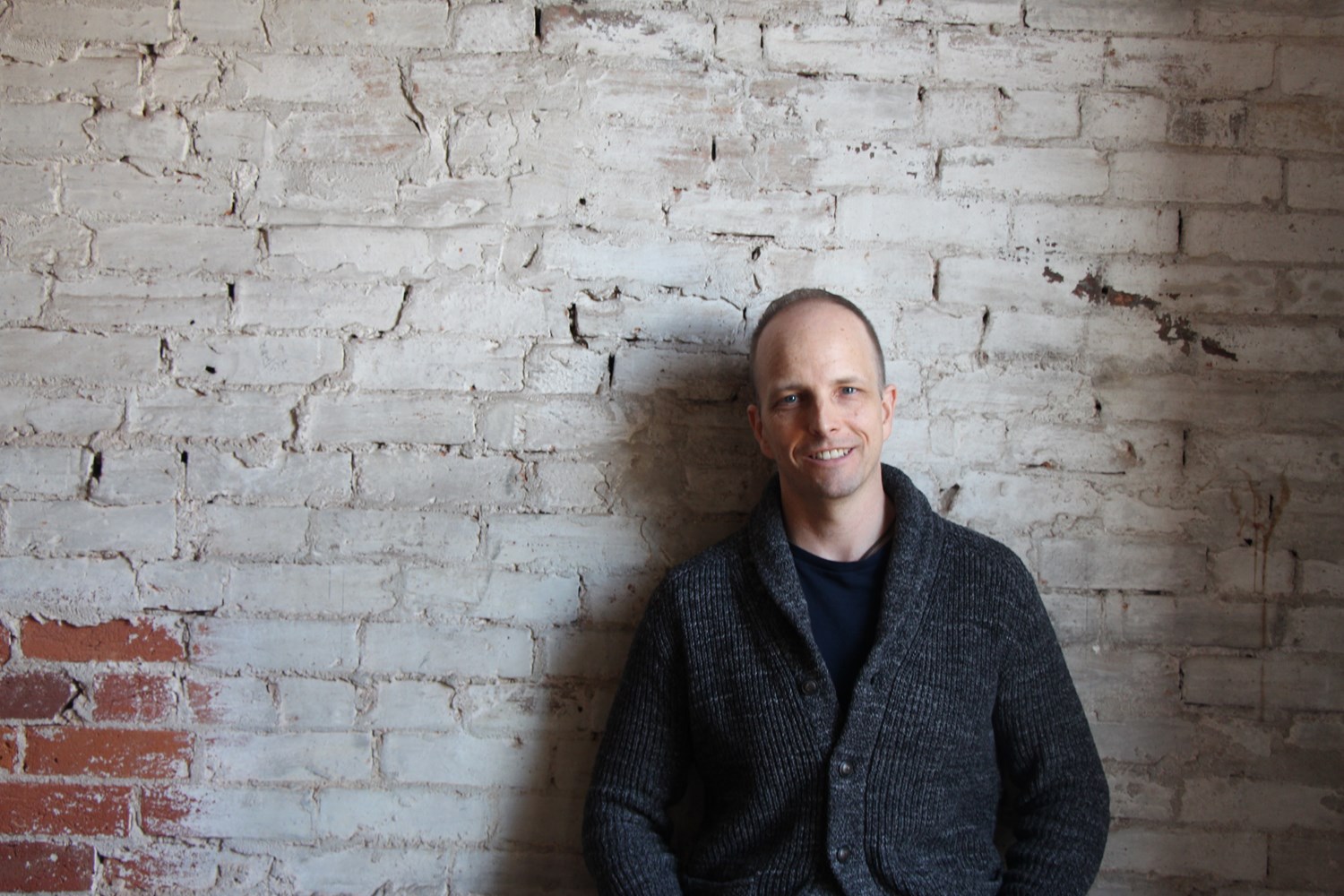 To say Chris Atchison has some stories up his sleeve is a serious understatement.

While he may have spent years kickin’ it with A-list celebrities, senior politicians, world-class athletes and some of the most innovative entrepreneurs of our time, he is still the most humble man you will meet.

Atchison is the founder and managing director of Shockwave Strategic Communications, a strategic brand management agency that caters to growth-oriented professional services firms.

Founded in the fall of 2009, Shockwave balances creativity and quality to help firms develop a consistent brand voice and stand out in a crowd. For over a decade, Atchison has helped lawyers, accountants, engineers, and others, create communications strategies that convert.

“Strategy is the overarching aspect of everything we do,” said Atchison. “The idea is to make sure any content that the clients are publishing is relevant, timely, interesting and informative to their target audience.”

From the discovery process to implementation, every aspect is rooted in uncovering the inner workings — and professional backstories — of these firms. That’s probably because Shockwave was founded by a former journalist.

Because Atchison’s edge is his dedication to the deep dive.

Before Shockwave, Atchison spent years as an award-winning journalist — breaking international news, interviewing executives, travelling the world and writing all about it.

He moved to Mississauga from Montreal at the age of four, where he grew up attending one of the most multicultural schools in the province. Atchison has always been ambitious, and intentionally or not, he started gaining access to high profile people very early on.

His first-ever interview was with Ken Dryden, while Atchison was still in high school.

The Canadian politician and former NHL goaltender embedded in Atchison’s school to research multiculturalism in Canada. Atchison worked for his high school newspaper at the time, and was given the task of interviewing the local legend.

Atchison went on to receive a degree in Political Science from the University of Toronto while reporting for The Varsity, the student-run newspaper. After graduation, he continued freelancing as he embarked on a backpacking trip around Europe. While in Barcelona, he received a specific assignment from an editor at the Toronto Star.

Mel Lastman, the mayor of North York at the time, was on tour to support Toronto’s bid for the 2008 Summer Olympics. He happened to be in the Spanish city at the same time as Atchison, so the Star requested he get an interview.

“I’m a 24-year-old kid. I don’t know what I am doing, but I have a notebook in hand and a little bit of freelance experience,” said Atchison. “Just get Lastman, was what I was told.”

What started out as a casual conversation quickly turned into a controversy after Atchison caught Lastman saying some offhand comments about his upcoming trip to Africa.

“We were literally wrapping up the interview,” said Atchison. “It’s funny, you always tend to get your best stuff right at the very end.”

The quote made international news, sparking rumours that it compromised Toronto’s chances of winning the Olympic bid. By that point Atchison was in Florence, and he only found out about the whole affair after checking his email in an internet cafe.

He interviewed Michael Kane and Jude Law together for a movie, and sat with Justin Trudeau long before he was in politics. One time, he almost fought Dustin Hoffman in an elevator.

Returning home to Canada, Atchison started a six month internship at Metro, before being hired on as a full-time reporter for the publication. There were no other reporters on staff at the time.

“When something needed to be done, they sent me. And that could be anything, literally,” Atchison said. From interviewing the store owner who was getting foreclosed to the movie star in town, Atchison was sent to do it all.

So he hustled, and as the news outlet grew, so did his coverage.

Atchison got on the film junket circuit and began flying to New York and Los Angeles every other weekend. He stopped begging for interviews, people were lining up to speak with him instead.

“I still think back about the access to different people I got. It was off the charts,” said Atchison.

He humbly describes hanging with Steve Nash and Naomi Campbell, waiting to interview Angelina Jolie at a benefit concert put on by Quincy Jones, while Andrea Bocelli performed on stage. He interviewed Michael Kane and Jude Law together for a movie, and sat with Justin Trudeau long before he was in politics. One time, he almost fought Dustin Hoffman in an elevator.

Yet, throughout it all, he never really got starstruck.

“You are a professional, you are there to get information as a journalist,” said Atchison. “You experience these moments that make you realize they are just people. They are very famous, but they have normal lives and need to function just like you do.”

Eventually, it came time to move on from Metro, and Atchison landed a position as the senior editor of PROFIT Magazine.

“My big worry was that I was going to be bored. I was sitting with A-list celebrities at the Four Seasons in Beverly Hills, and now I’m going to go write about business,” Atchison said.

He quickly learned how wrong he was.

“I started interviewing business owners and entrepreneurs and realized these people are crazy,” said Atchison. “The lightbulb went off, and I thought, these people are way more interesting.”

That level of excitement has carried into the work he does with clients.

Atchison describes his time at PROFIT like fast-tracking an MBA. He was right there, learning from and writing about the people who were in the trenches. But after his contract ended — during the peak of the 2008/09 recession — Atchison started to notice a shift in journalism.

“These people are driven by whatever vision it is they have of success. They are taking risks that other people couldn’t even imagine.”

He also caught the entrepreneurial bug. So, instead of pursuing a job at another publication, he started toying with the idea of going off on his own.

Now, rather than reporting on business success, Atchison is helping people achieve it.

Atchison kept freelancing for The Globe and Mail’s Report on Business on the side, but Shockwave was growing, and with it, his passion for pursuing projects with clients who wanted to grow as well.

“Smart people, who are successful, lean on people who have expertise that they don’t,” he said. “These people are driven by whatever vision it is they have of success. They are taking risks that other people couldn’t even imagine.”

But Atchison will forever be influenced by his days as a reporter and editor.

“You are making something from nothing, all of the time.

“It’s applying it in a different way, and the mindset is different. But there is a great skill set with journalists in terms of fact-finding and doing the research,” said Atchison.

What he loves most, though, is the creativity.

“You are making something from nothing, all of the time. You are sitting there with a cursor and a blank page on your screen, and you are taking a puzzle — which is all of these thoughts and ideas and bits of information — and you are trying to form them into a coherent narrative. Whether that is on the journalism side or the marketing side,” he said.

Outside the “office,” Atchison is a proud husband and father of three. With his wife, Lorna — who serves as Shockwave’s operations director — and his family, he moved to Collingwood in 2014, adapting to the lifestyle instantly.

When he is not crafting words for entrepreneurs, he can be found carting kids around to after school activities (this year notwithstanding), building an outdoor skating rink in town, or being asked to reminisce on some insane stories by fellow members of the Foundry.

Atchison is also the longest standing full-time member of the Foundry — although he said Brandon Houston won’t give him any official credit.

You can find out more about Chris and Shockwave at https://www.shockwavesc.com/