She is a serial entrepreneur, a small business consultant, a high school teacher, mom of two, and a member of the Collingwood Downtown Business Improvement Area (BIA). Over the past 12 years she has also created, launched and managed several successful small businesses.

One of her greatest strengths is being able to set a clear vision, and then break it down into small, actionable, and timely items.

“Dreaming big is great, but being able to set a plan in place that will turn those dreams into your reality is my superpower,” said Jessica.

So it’s safe to say she does it all — and that’s why she loves entrepreneurship.

“I like the endless opportunity,” said Jessica. “To me, an entrepreneur is someone who is excited to solve problems — they are fueled by pursuing their passion and confidence that it will equate to livelihood.”

And she wants to empower youth to have that same opportunity.

After graduation, Georgian Bay drew her in, so she moved to the area on a whim in her early 20s. She got a job as the education director at the Oxford Learning Centre before getting on with the school board, and her future was set — except it wasn’t.

Because when Jessica moved to Collingwood, she was also exposed to entrepreneurship.

Within months of moving to town, she started her own event planning business with a friend, and since then has dabbled in everything from real estate to construction to skincare — all while teaching at Our Lady of the Bay Catholic High School.

She helped open IWA Spa at Blue Mountain, where she managed a team of 40, before opening her own boutique construction company aptly named Funky Bunkies. Since joining the Collingwood BIA last year she has also taken on such projects as the 2021 International Women's Day female business owner poster campaign and acted as chair for Collingwood's first-ever Fashion Week.

She’s tried it all, but if you’ve met Jessica, you’ll know there is still so much she wants to learn.

“When I was teaching, I would lust for the Collingwood Foundry life,” she said. “To have a coffee meeting in the middle of the day… I wanted to be able to determine my own schedule.”

Then, a couple months after the pandemic hit — with a newborn in hand — Jessica attended a Zone of Genius workshop at the Foundry hosted by Jenn Walker. It was the catalyst she needed, and from that moment she knew the classroom was gone.

“I decided right then that I wouldn’t go back to teaching, I wanted to commit to being an entrepreneur,” she said.

Jessica enrolled in The Monarch & Co Launch With Impact program (now known as the Monarch Business Academy) and got to work. She founded the Flynn Collaboration and began working as a small business consultant in Collingwood and beyond.

“I love collaborating on businesses and offering high level support in bursts when you need it,” she said.

She also decided that it was time to combine her addiction to entrepreneurship with her love of teaching and create something that would not only be great for the world, but ring true to who she was.

After all her years in education, Jessica began to notice gaps in the school system that didn’t allow enough room for self-exploration. She also thought some of the education was dated and didn’t reflect the modern working world.

“One of the major problems I had teaching in the public sector was that there was not a lot of space to get to know the kids or have the kids get to know themselves,” she said. So, Be Your Own B.O.S.S. was born.

The inaugural virtual entrepreneurship camp ran for four weeks last summer with a goal of helping teens feel inspired and empowered when it came to their future.

A lightbulb went off.

“It’s so rare in the classroom to have those lightbulb moments but to have them happen organically through the program we created was really… It was awesome,” she said.

Last fall, Jessica presented her program at Rising Tides, a pitch night held at the Collingwood Foundry. The event gave her concept the positive accreditation it deserved, and connected her with her first investor. She started building out her team, even bigger this time, and rebranded to the Youth Empowerment Project.

This spring, she launched the first cohort of the new signature program, called Foundations for the Future, which is an 8-week, after school program that helps build confidence, clarity and resilience in youth. Or as Jessica puts it, “the transferable skills are glued to the soles of their feet and stick with them every step of the way.”

Along with the content Jessica delivers, there are 12 collaborating speakers involved in the program, ranging from entrepreneurs to artists and business owners. And because they love entrepreneurship, that’s the vessel they teach the lessons through.

“It’s a real Foundry collaboration for sure,” Jessica laughed. “This is the Foundry for kids.” 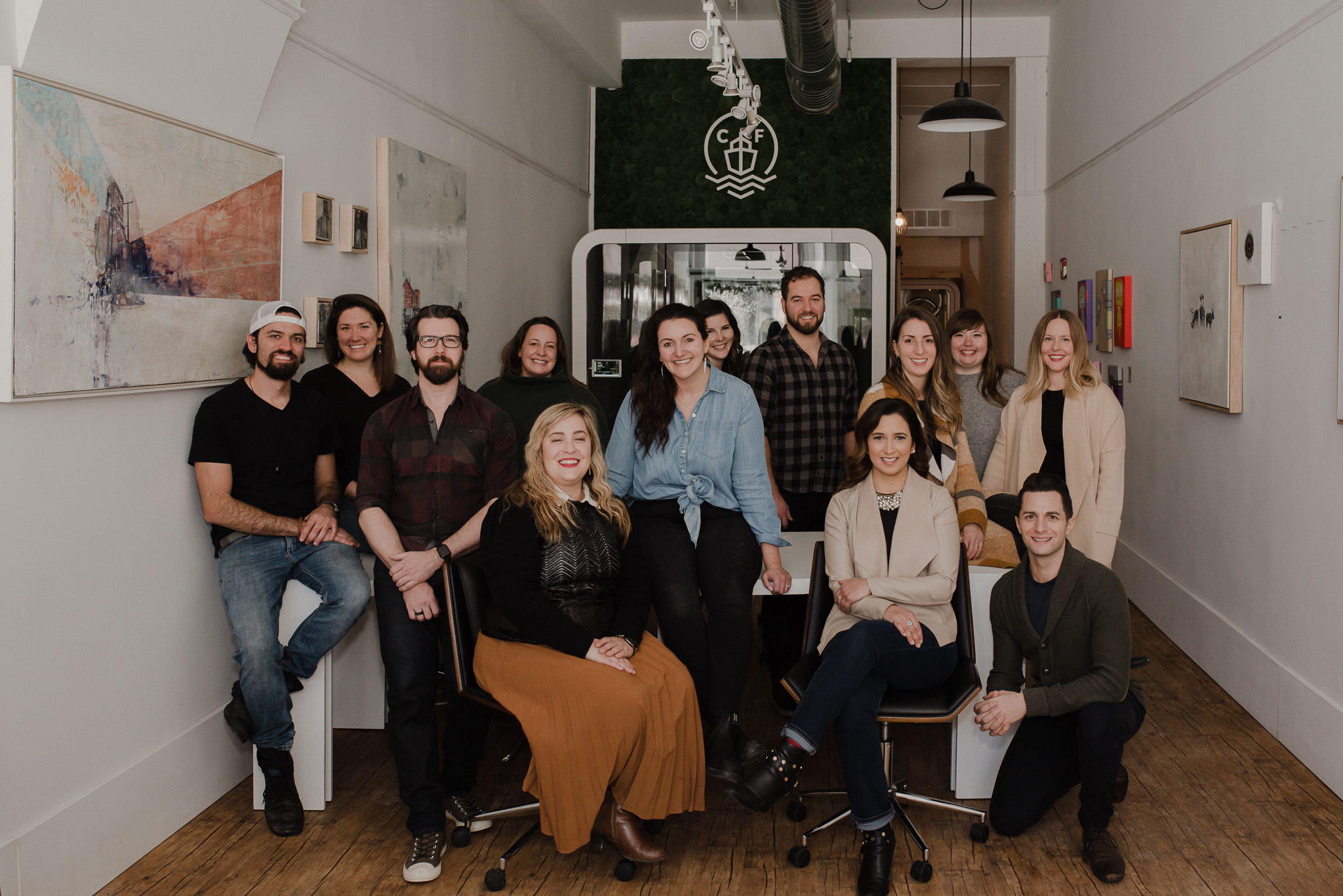 And rightly so, because Jessica said she couldn’t have done it without the help of the Foundry and the people she’s met through her membership.

“For me, learning what an entrepreneur is and embracing it in my own life has been the best experience over the last two years. I feel like I was manifesting being here,” said Jessica.

“I love the buzz of people doing what they want to do. It’s the antithesis of a staffroom.”